Puppy and Dog Diarrhea At Night Only Guide

Dogs are adorable creatures, and the fact that they are man’s best friend has been proven severally. As a result, you feel obligated to provide the best living condition for your canine, and watching them go sick can be very difficult. Have you ever experienced your dog suffering from diarrhea? I have, and I can tell you that it was not nice.

Dogs like humans can get diarrhea, and the reason your dog may have it is not dependent on one factor; there are diverse reasons a dog might fall at night with diarrhea. It is usually because there was a change in the food they usually eat, and their stomach didn’t have the time to adjust to the new food.

Even as humans, if we are accustomed to eating a particular food over a long period, when we finally get to eat another type of food that is foreign to our system, stomach pain or diarrhea follows. Several other reasons can cause late-night diarrhea in dogs; allergic reactions to some foods, parasites, reactions to medications, underlying disease conditions, and fear.

It’s not something out of the ordinary for a dog to suffer from diarrhea. However, it is good to be watchful and alert–to know when to take it to a vet because it could be caused by something serious. Some causes of late-night diarrhea are;

A sudden and abrupt change in the food you usually give to your dog can cause bowel problems. Making your dog accustomed to one particular type of food is usually the cause of this. A mix in here and there from the start is very helpful because it is impossible to continue giving your dog one particular food throughout its lifetime.

That is why sticking to one particular feed over a long period is not healthy; even when you do, and you want to change, you should be able to introduce the new food little by little so as not to upset your dog’s system. When the new food is given to the dog, it shouldn’t be given wholly to the dog. Mixing it with the previous food is ideal so as not to upset its stomach. Later, you can mix in larger quantities till the dog gets used to it and Can eat it without having problems.

Allergic Reactions to Some Foods

Before getting a breed of dog, it’s very important to inquire about the foods it tolerates and the ones it doesn’t. When a dog has an intolerance or is sensitive to a particular type of food, it shows in the loosened stool its stools. According to the breed, some dogs can be allergic to food having gluten, fats, and milk in abundance. Some dog breeds have specific intolerance of some food, like the schnauzers, that have high intolerance for foods with high-fat content.

Other dogs can be allergic to fish, meat, chicken products, and soy. Just like some humans are intolerant to some constituents of food like lactose, gluten, and fats, it is also the same in dogs. Constant use of foods a dog is intolerant to, unnecessary health complications in the dog. When a dog is allergic to a food, it can be made manifest by its excessive itching, sometimes high temperature, licking, and restlessness. It is highly recommended to remove the foods or the fixing irritating the bowel.

Parasites are very harmful to human and animal bodies. Whenever a parasite is found in the system of a human or an animal, it does more than just staying as a guest; it causes harm, injury, discomfort, and in some cases, death to the host. Sometimes, diarrhea at night is caused by parasites inhabiting the gastrointestinal tract of the dogs. Sometimes these parasites, like bacteria, cause the loosening up of the stool and thus diarrhea. Although most late-night diarrheas are caused by foods, it is still important to check if it is caused by a parasite living in the pup’s digestive system. Parasites can be gotten from several ways like;

Eating a food infested with tapeworm could distort the normal digestive process. Also, waters contaminated by hookworms, roundworms, coccidia and giardia, and other parasitic worms can cause diarrhea. That’s why it’s important to inspect the food your dog is eating thoroughly. The worst of all is ingesting parasite-infected feces. It is disturbing to know your dog ate another dog’s poop; that’s why it’s important to never allow your dog to train it not to, even when you aren’t around.

These parasites can take a toll on your dog, weakening its entire system. It’s worse off in puppies because they are still young, and the digestive system is not strong yet. How to know that the diarrhea is caused by a parasite is to inspect the dog’s feces. If you see any funny movement of a worm or any other thing, it’s important to take both your dog and its feces to commence immediate treatment that would help your dog’s system get rid of the parasite.

Reactions to Some Medications

There are specific medications known to cause diarrhea. In some cases, in the bid to fight off infections in your dog, you can attract more illnesses like diarrhea. Medications like antibiotics used to fight off bacterial and fungal infections tend to do more than just the job of getting rid of the bacteria causing infection.

Sometimes, the antibiotics interfere with the activities of the digestive bacteria by killing them. This can disrupt the normal digestive activities carried out by the gastrointestinal tract, leading to diarrhea. While it is very unsafe to medicate or use over-the-counter drugs for your dog cause, it can cause more harm than good. It’s very much preferable to take your dog to the vet when it is faced with any type of infection, and more importantly, it is good to follow the vet’s advice on how to administer the medications. Cause an over or under dose could cause something else.

When your dog feels fear or other extreme emotions like anxiousness and distress, it might fall ill with late-night diarrhea. Like in humans, when faced with something scary to us, or when we are anxious, we fall ill. It is the same in dogs. If your dog is being neglected and feels lonely and not cared for, it might fall ill with late-night diarrhea. If there are any significant changes in your environment, it can make your dog anxious and make it come down with diarrhea.

Sometimes, if you drop your dog off with someone it is not familiar with, it becomes emotionally down, stressed, and anxiousness and restlessness kick in. That is why if you ever want to drop your dog off with someone or hire a dog sitter, the ideal type of person is one that is already familiar with your dog. This problem of late-night diarrhea caused by fear is easy to handle, as showering the dog with lots of affection and care will make it get better quicker.

late-night diarrhea is not something out of the ordinary; it’s an almost normal digestive problem occurring in every dog. Its causes can range from mild to extremely severe. If you are not separate from your dog, it can be very easy to tell the cause of diarrhea. However, because of negligence on some dog owners, they do not even know if or when their dog has late-night diarrhea.

It’s really sad because, as much as we want dogs as our companions, they are also happy when we show how much we care for them. If your dog has late-night diarrhea, you should inspect the stool. When the stool is inspected, if any trace of worm or blood is found, that should be a sign that your dog is not sick from the normal food change or intolerance diarrhea but has another ailment causing diarrhea.

If diarrhea comes with mucus, too, it’s a medical emergency. There are always signs and symptoms that show that an underlying health condition is causing diarrhea. Symptoms like fever, dehydration, weakness, and lack of appetite to eat food accompanied with diarrhea should make you go to the vet immediately. 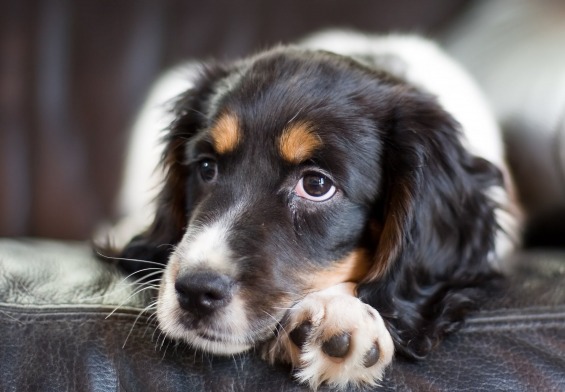 Dog Gagging But Not Throwing Up