Litter Size for Chihuahuas Usually Have the First Time

Chihuahuas are not the traditional dog breed. They are brachycephalic. They are easily recognized by their faces which are flatter than that of the average dog. In addition to this, their skulls are generally bigger than their body size. Also, when compared to other dog breeds, their litters are smaller. Having smaller litters than other dog breeds is not out of place as it is only normal that smaller dogs have smaller litters.

While it is not news that Chihuahuas are not big, what not a lot of people know is how many puppies they can have. Also largely unknown is the average litter size of a Chihuahua. That’s not all. Dog enthusiasts are interested in finding out if their litter sizes are smaller when they have their first set of puppies. If you are interested in knowing more about Chihuahuas, you are on the right page if you are like other dog enthusiasts.

When Chihuahuas’s litter size is compared to that of bigger dog breeds, there is a clear difference. A simple example is German shepherds that are known to give birth to 8 puppies averagely. Furthermore, dogs like Beagles that are not so big have six puppies in a litter.

Chihuahua is an expensive dog breed. While there are various reasons for this, a significant reason for their high price tag is their small litter size. It is simply a case of demand overshadowing supply.

How Many Puppies do Chihuahuas birth Initially?

There is no exact number of puppies a Chihuahua is expected to have the first time. The number ranges from 1 to 3. Although it could have more puppies than three the first time, that is an abnormal situation.

Usually, the third or the fourth time a Chihuahua is pregnant is when it is expected to have the largest litter. After this time, there is a decrease in the size of the litter again.

Do you have a Chihuahua that has gotten pregnant up to four times and is yet to have a litter that is more than four puppies? If yes, then there is a high possibility of complications. However, this is not an absolute fact. When Chihuahuas have larger puppies, there is a likelihood of underweight puppies that might be weaklings. These weak puppies might be unable to get milk without any support.

The largest litter recorded by a Chihuahua so far is 11 puppies. This took place in Kansas in March 2018.  This means it is okay to say a Chihuahua litter could come with 11 puppies.

Is There any Danger in Chihuahuas Having Puppies?

Although not every Chihuahua needs a C-section to have puppies, it is advisable to make use of a C-section because of the narrow hips of Chihuahuas, as well as the big heads of their puppies. There is a likelihood of puppies being stuck in a mother’s birth canal. If this occurs, it could be fatal for the mother and the puppies.

What is the Number of Litters a Chihuahua can have?

To keep Chihuahuas from getting involved in any complications during childbirth, it is best they are not allowed to have more than four litters in the course of their lifetime. When they get pregnant more than four times, their bodies could go through unnecessary strain.

Below are some of the number of puppies other dog breeds can have in their litters.

Why Does Being Brachycephalic Make Chihuahuas have Smaller Litter Sizes?

Chihuahuas are brachycephalic. Due to this, their bodies are smaller, faces are squashed, heads and noses are shortened. They are not the only dog breeds with these features. Other dog breeds that have some of thee feature are English Toy Spaniels, Bull Mastiffs, Lhasa Apso, Pekingese, Shin Tzus, Pugs, and French Bulldogs.

They are not as big as other dog breeds. Therefore, they can’t have as many puppies as some other popular dog breeds. Additionally, the hips are narrow. This means they could face danger while giving birth which further reduces the capacity to have increased puppy number.

How Often Can a Chihuahua Have Puppies a Year?

It is out of place for a Chihuahua to have over one litter of puppies in a period of 12 months. This gives their body time to recover from the process of delivery. This might not seem like much. It, however, is important as a lot of Chihuahuas need C-section to deliver their puppies. This process is one that will take them some time to recover from. As a dog owner, you, therefore, will not be doing your Chihuahua well if you make it have puppies very frequently.

There are some questions you must ask if you want to buy a Chihuahua puppy from a dog breeder. Some of these questions are:

If the mother Chihuahua has had up to 3 or 4 liters, it is best you avoid buying it. This is because the Chihuahua breeder might be breeding Chihuahua solely for money.

How long do Chihuahuas Stay Pregnant?

Since it is quite normal for Chihuahuas to need C-section to give birth to puppies, you will need to book a procedure and have a set a date for the delivery of the puppies.

Chihuahuas do not differ from other dog breeds in the length of time they stay pregnant. This is usually 63 days.

Chihuahuas are amazing pets. They, however, need a lot more care than the average big dog breed because of how fragile and small they are. When Chihuahuas grow up, they might not need as much care as they did as babies.

Do you have a Chihuahua that will soon have puppies? By the 25th day, your vet can let you know how many puppies will be contained in the expected litter. 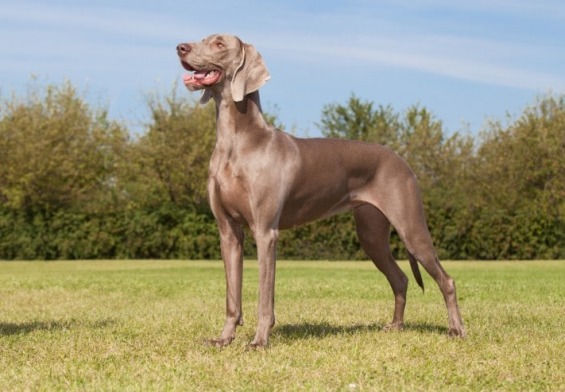