What is Retching in Dogs? Gagging and Throwing Up

When a dog is gagging it makes any kind of noise. You might feel that your dog wants to vomit but can’t, due to some reasons. Some pets even cough or retch, when they want to clear their throat of the mucus and sometimes the food which is stuck in their throat. Many a time these occurring happen due to illness in your dog.

You actually don’t need to be concerned about dry heaving, gagging, or your dog retching. It is very similar to when humans have ingested some food items in the incorrect manner. However, there are sometimes you need to keep this behavior in check as it might be a sign of a kind of illness and a cause of concern. This article would be answering your question about why dogs retch and the causes of retching.

Retching is also known as the movement stating or indicating that your dog is going to vomit. This is when your dog has not taken out the mucus or the vomit yet. In most cases, the retching will precede vomiting. However, in some cases, only some amount of bile or mucus comes out. Sometimes if your dog coughs a lot it may lead to retching. If you notice any different signs along with retching then you can help your veterinarian to understand the exact cause of the problems. The reasons why your dog may e retching are as below:

Nausea can happen because of numerous reasons. It may be because your dog’s stomach is upset, and he may want to retch and try to take out the undigested material. Most dogs have a habit of eating too fast or too much, this may lead your dog to heave. Many times medications can lead to nausea, or if there is an infection in the air. While traveling many dogs puke and is a very common problem, it may lead to many other symptoms such as drooling, diarrhea pacing & whining.

There are numerous diseases of the respiratory system that have symptoms such as severe cough and can lead to retching. One such known disease is kennel cough, this is also a very contagious disease and is also called infectious canine tracheobronchitis. This disease is caused by numerous viruses and bacteria, such as the Bordetella bacteria. It is an air-borne disease that can transmit through the cough in the air and can infect all the other dogs on the premises. A cough that is dry and is also unproductive is also known as a “goose honk” and leads to pneumonia, lethargy, and weight loss.

Bloating reason can be difficult to understand as it may because of three various conditions. Bloating occurs when a good amount of air is swallowed, this may occur if your dog eats too fast, and hence it leads to swelling of your stomach. This symptom can subside only through retching or belching. When the stomach is filled with gas it is known as Gastric dilatation (GD), When your dog suffers from concurrent volvulus (GVD) & gastric dilatation it can lead to a twisted stomach which is a life-threatening condition and requires immediate veterinarian intervention. The cause is still not known but it might be because of retching when the abdomen is bloated and can lead to more severe conditions and worsen your dog’s health. Other signs of bloating are restlessness, rapid and shallow breathing & abdominal pain.

As you know that the windpipe or the trachea is found to have stretched from the area of the neck to the chest and its main function is providing air to the lungs. Some breeds such as Pomeranians & puddles can cause severe coughing which in the end leads to retching or gagging.

Bile acids your dog’s digestion and is a yellowish-green substance. When your dog’s stomach is empty, the stomach has nothing to absorb the stomach acids & bile, this leads to retching & nausea. Bilious vomiting syndrome (BVS) happens when the bile builds upstarts to cause irritation to the lining of the stomach for a long time. Vomiting occurs usually during the morning or late at night. You would see a yellow vomit with a lot of froth in it. Other symptoms are drooling, lethargy, dehydration, pale gums & decreased appetite.

There can be many gastrointestinal complaints apart from bloating which can cause retching. Digestive issues, tumors, and other diseases such as gastroenteritis, can lead to vomiting. When the intestines have an obstruction or had an impact which leads to the disruption along with the whole digestive system and does not allow any fluids or food to go through. Then it leads to Gastrointestinal problems. Hence, if you notice any of these symptoms in your dog you need to contact a veterinarian for treatment.

If you are a pet parent you might have witnessed your pet engulfing rocks, Balls, tissues & sticks all these are not supposed to be ingested and are considered to be non-edible things that can get stuck in the throat cause it to block. This may in turn lead to retching and vomiting. If there is something stuck in your dog’s throat you may see signs such as drooling, audible breathing noises, pacing & pawing at the face. You may find that the dog may vomit the item which was ingested by it and may also lead to unproductive dry heaving.

What To Do If You See That Your Dog Is Retching?

If your dog is suffering from Retching or vomiting you should not be alarmed. It is sure a cause of concern but it is best to remain calm and contact your veterinarian. You should observe all the symptoms such as the material which was vomited or if it was unproductive. You should also tell the vet about the things which he/she might have eaten recently and also the food diet of your dog.  When the vet does a physical examination by feeling the abdomen to check if there is any bloat and to understand the skin elasticity. They would surely understand the reason for the vomiting. It is best to keep the sample of the vomited material so that it can be imagined. The vet might even suggest a blood checkup or analysis of feces or urine.

Many veterinarians even suggest ultrasounds, X-rays & fluoroscopy which can let them know if there is a tumor, obstruction, a collapsing trachea, or a twisted stomach. Surgery or Exploratory endoscopy might be required to come to a conclusion for the cause of retching.

According to the dog’s condition, the veterinarian would suggest a treatment. In some cases, Vets induce vomiting. If there is an obstruction in the intestines, or if there is a twisted stomach syndrome then usually Immediate surgery is required. The treatment should begin without any delay as it is a life-threatening condition. Anesthesia & fluids would be administered. I suppose it is due to any infections or maybe because of a virus such as kennel cough, the vet will administer cough suppressants, anti-inflammatory drugs & antibiotics. Dogs who are suffering from kennel cough are kept isolated to prevent spreading to other sick dogs in the vicinity.

If you vaccinate your dog it would lower the risk of getting affected by viruses or bacteria. This may prove to be helpful to some extent for your mutt in avoiding retching. However, it is true that predicting when your dog may fall sick is not that simple. 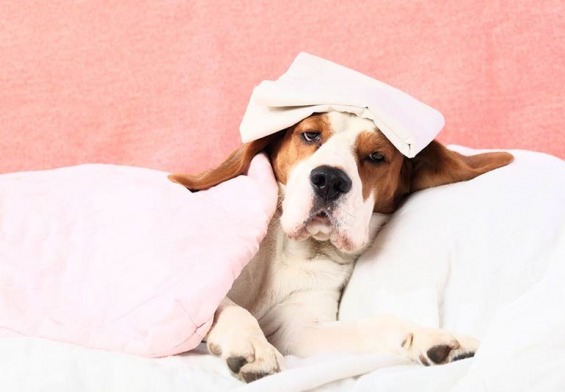 My Dog Ate A Cough Drop 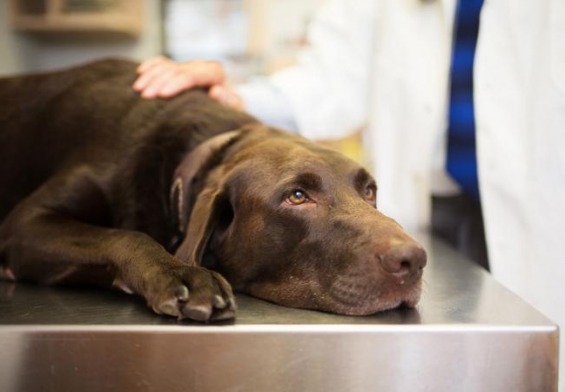 How to Cure Parvo Without a Vet