How Much Peanut Butter Can a Puppy Have?

Everyone loves that dogs love peanut butter. And we all know that unless your dog has a peanut allergy (it has been known to happen), even you can have a good time giving your dog peanut butter treats, or even just straight peanut butter. Many people can tell a tale about laughing when their dog is trying to lick the peanut butter off of the roof of their mouths. But what about puppies? Primarily anything less than 6 weeks old is the main question that people wonder about since at this state, a pup is weaning and switching to solid foods. In this guide, we’re going to cover this topic, so you know whether or not it’s safe for your dog.

Is it Safe to Give a Small Puppy Peanut Butter?

First off, make sure that your peanut butter is not marked as sugar-free. The diet brands of peanut butter often contain xylitol, which is extremely deadly to dogs – and can decimate a puppy very quickly without any hope for survival. If you have regular peanut butter though, then it’s actually safe to feed it to your pup. You just don’t want to give him to much. If you give him more peanut butter than what’s good for him, you’ll notice he’ll suffer more from diarrhea and going to the bathroom often – as well as incontinence at a more than regular level.

What About the Timing?

Most pups are able to be weaned at 6 weeks. However, you need to know when you’re giving your dog solid foods, and when they’re used to it. It’s important that you don’t just give a dog who’s just learning to eat solid food peanut butter. That’s why you start giving your puppy some puppy food with warm water to soften it (or use some soft puppy fod). Some people think that it’s best to mix it up and mash up the puppy food, possibly encouraging them to eat it with formula, or letting them lick it off of your finger. Other breeders state that you can put soft mashed meat into the mixture to entice them to eat it more (just avoid tuna, as the mercury levels may be unsafe).

Why Not Give Them Peanut Butter Right Away

Puppies have to learn how to chew, and even how to swallow food when it’s in a solid form, much like human babies do. Giving them peanut butter, while it does dissolve, is a much slower process than even softened dog food, and it poses a choking factor. Your peanut butter friend can easily eat it usually around the six-week mark though, but do so in moderation, and don’t give them a mouthful that may cause them to gag or choke on it.

What About Peanut Allergies?

Essentially, it’s important that you pay close attention to your dog, and this is when you want to watch out for these allergic reactions in your dog if you give it peanut butter. This is part of the reason why they say you should introduce it in a miniscule amount at first – so the reactions may not be lethal. If your dog eats peanut butter, and starts having their mouths or tongues swelling, wheezing (having trouble breathing), and coughing or sneezing, you may want to rush them to the vet.

Why To Avoid Diet Peanut Butter

Many people are starting to be more mindful when it comes to their health. However, in doing so, they are often getting products that contain the sugar alcohol known as xylitol. Some peanut butters that contain xylitol (as well as other products) can poison your dog, and when it comes to puppies, they don’t have the immune system to often live after ingesting this artificial sweetener.

Xylitol works in a negative way because it will literally crash your dog’s blood glucose levels – this can cause severe seizures and massive weakness, as well as lower your dog’s liver levels.

What About Other Nut Butters?

When it comes to giving your puppy other nut butters, you need to know that depending on the type of nut, your dog could be toxified quickly. For example, macadamia nuts are very dangerous for a dog, let alone a puppy.

What Kind of Nut Butters Can They Have?

Well, we’ve already seen that peanut butter is safe for dogs – so we don’t necessarily have to provide much information on that one. However, what nut butters are still safe?

Cashew Butter – This is one of the other safest nut butters for your puppies as long as you don’t give them too much. You can even give them a few cashews once in a while. If you overdo it, this can cause your dog to have an upset stomach though. Therefore, you need to somewhat limit just how much they get. It can also cause them to fatten up and grow to quickly.

Almond Butter – If your puppy doesn’t have a nut allergy, you can even give them almost butter. Do keep in mind that these ingredients may be dangerous to your pup in higher levels. You can make this a treat once in a while. However, if your dog gets sick, or shows any signs of allergies, then you want to not feed it to them again.

Which Ones are a No-No!

We’ve already mentioned that you shouldn’t give your dog macadamia nuts. You may also want to protect your pooch from other harmful tree nuts such as pecans, walnuts, and pistachios. These can be severely debilitating and you can actually end up having with a very unhappy or possibly fatal incident with your dog just hours after they ingest them.

Peanut butter is generally safe for any dog – provided that you start off extremely small with it and make sure they don’t have an allergy. You also want to make sure that your puppy is already used to food so they don’t choke on peanut butter, since it stays in their mouths and can lodge in their throat longer than regular solid food. So, if you want to give your dog peanut butter, then by all means go ahead! Just be careful! 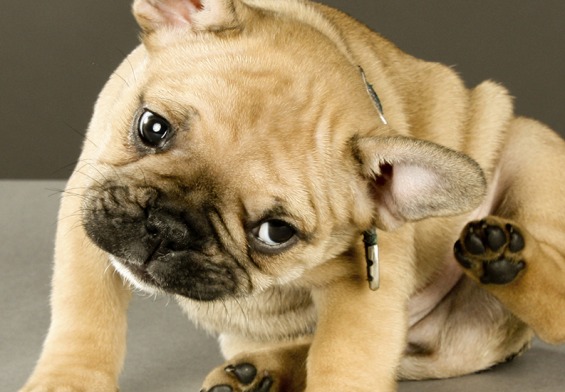