Is Tapioca Pudding Bad for Dogs & Puppies to Have?

Some people love tapioca pudding, and your dog may love it as well. The question for those who love tapioca though is whether your dogs can eat it too. Is it a safe product for them to eats? Fortunately for you, we’re going to let you know if your dog can eat tapioca since some people are worried about it.

Tapioca is actually safe for dogs to eat, and it is often something that dog food products can use to infuse natural and organic filler in it.

Why Tapioca is Safe – What it is?

Tapioca is a starch that is cassava-based rather than being made of other types of grains that may be harmful to your pup. What makers of the product do, is simply extract the starch from a cassava root. However, those who are against it are mainly against the fact that it is nothing but starch – meaning it doesn’t have absolutely any fiber in it. The main thing that is important though, is that it doesn’t have any glutens like other grain starches and flours.

The Main Question is Whether it’s Safe for Dogs

Some people don’t realize that their dog may be getting diarrhea or other gastrointestinal problems from the food that they’re giving them which may contain other grains such as wheat and corn. That’s where tapioca can come in as a better filler. Once companies switched to using a tapioca filler instead of grain fillers, many people noticed that their pets were not losing their hair as much as when they were using the old recipes.

Tapioca is not only good for humans, but also great when it comes to human consumption as well – because it is completely gluten free, and not an expensive alternative.

What About Tapioca Pudding?

Tapioca pudding is made of multiple ingredients instead of just tapioca, so most of it is indeed good for your dogs Some of the ingredients are:

Tapioca by itself as we know is actually very good for your dogs.

Cow’s milk sometimes causes diarrhea, but there’s not a health threat from it. At the same time, some people use coconut milk, and this is extremely healthy for your dog. Of course, some products that are processed don’t have all the nutrients in them once they’re processed.

Sugar isn’t really your dog’s best friend, however. It’s not toxic though, and you just don’t want to give your dog too much of it so they can avoid diabetes, which can be hard to do. One thing you can do is use honey, but make sure you avoid any artificial sweeteners. Most contain xylitol, which is extremely dangerous and deadly to your dogs.

Eggs are really good for your dog. They promote everything from protein to fatty acids that give your dog a good coat. They shouldn’t be eaten in excess though, as they can make your dog sick.

The majority of vanilla extract contains alcohol, so this is something that you want to avoid. You don’t want to give them something that can kill them since their bodies can’t break it down. However, since there’s such a small amount in tapioca pudding, this is why some people debate whether it is safe or not (our guess is that it’s generally safe).

There are some alcohol-free vanilla extracts and flavorings as well.

There’s a big difference in the controversy that entails when it comes to dogs being able to eat tapioca. As we found out, dogs can indeed eat this ingredient, and many times, the owner is already feeding them tapioca as a filler in many of their dog’s foods. Some soft dog foods even have tapioca in it – which is thus far much better than having any grain ingredient in it. Some dogs aren’t allergic to gluten, but since there are a growing number of them that are, you may want to consider adding tapioca into your dog’s diet.

One thing that people need to understand, is that what’s important for your dog when it comes to eating tapioca products (like puddings, pies, etc.) is more along the lines of what is in the processed and finished product. This means that you’ll want to generally avoid those that have any type of sugar alcohol (or alcohol in general). If they get ahold of your favorite pudding cup though, it’s pretty safe to say that you aren’t going to need to fear anything – unless it’s a sugar-free variant with xylitol in it. 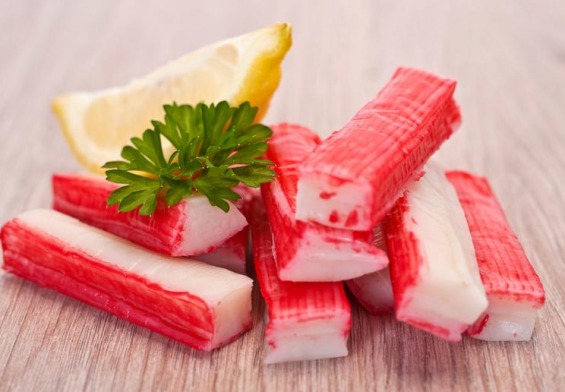