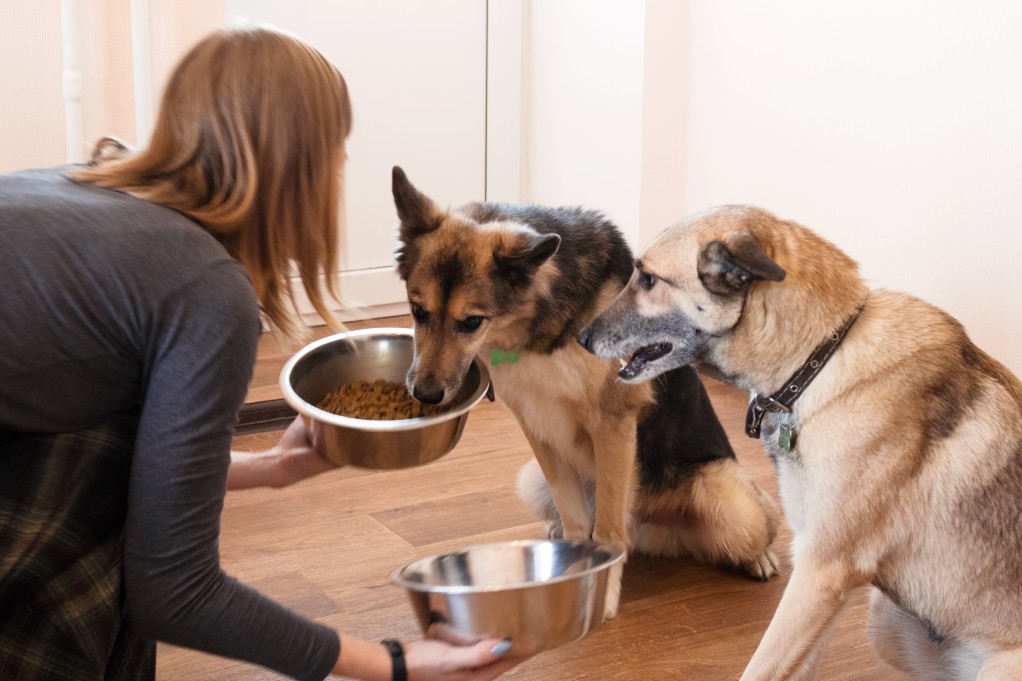 Is Cornbread Safe for Dog & Puppies to Have?

There is no hiding the fact that you more than likely love eating some delicious corn bread every now and then.  With that being said, you have probably wondered whether or not you would be able to feed that same cornbread to your dog?  So, is it going to be alright if you feed your dog cornbread?

To answer this question in a word, that answer is yes, your dog is able to eat cornbread.  However, just because they are able to eat it, does not mean that you should start making it a staple in their regular diet.  In fact, the very opposite is actually true.  Whenever you do feed your dog cornbread (no matter how safe you think that it is for them), you should make sure that you do so in limited amounts, essentially moderating how much cornbread they actually eat.

If you know anything about cornbread, you know that it is pretty much a staple just about everywhere in the south.  It not only goes great with just about anything that you can think of, but it is also going to be a food that is safe for your dog to eat as well.  But as just mentioned, you are going to need to limit the amount of cornbread that you allow them to eat at any given time.

No matter if you have made the cornbread from scratch all by yourself, or simply gotten some from your local market, there is no mistaking the fact that cornbread is a very familiar comfort food.  With that being said, when you take a second to look a little bit closer to cornbread and whether or not you should feed it to your dog, you may start to reconsider.

Your dog is able to eat cornbread as there is nothing in the ingredients that is particularly toxic to them.  If it is the first time that you are giving your dog cornbread, you should always keep an eye on them for any type of adverse reaction (just in case they have a grain sensitivity that you are unaware of), but essentially, there is nothing in cornbread that should cause your dog any type of harm.

At the very same time though, there is not going to be anything that is particularly good for them in cornbread either.  Matter of fact, most cornbread is actually packed full of sugars, meaning that too much cornbread has the potential to contribute to your dog’s weight and obesity problems.  Depending upon the method that it is made, some cornbread will have up to 18 grams of sugars in just a single slice, as well as upwards of 200 calories.  That equates to roughly 4.5 teaspoons of sugar in every regular sized slice of cornbread.  While that may not sound like a lot to you, your dog is more than likely much smaller than you and requires much less sugar and calories on a regular basis.

Cornbread is made out of ground-up cornmeal, which means that there is virtually no fiber in cornbread at all.  This means that while your dog loves eating cornbread, you can equate every single slice that you give them to that of giving them a slice of birthday cake.  It is something that is alright to do every now and then but is not something that your dog should be allowed to eat on any type of regular basis.

Can You Feed Your Dog Cornbread Dressing?

One of the main reasons that you should never feed your dog any kind of cornbread dressing is because most of the recipes call for the use of onion and garlic.  If your dog is allowed to eat onions, it has the potential to give them some very bad stomach pain that may need to be treated by a veterinarian if they are allowed to eat too much.  As for the garlic, it is one of the foods that you never want your dog to eat due to the fact that it is very bad for them.  Garlic will cause all kinds of trouble for your dog that you do not want them to have to deal with.

Now factor in onions and garlic with the fact that all types of cornmeal are not good for your dog either, and you have just designed the perfect food that you should never feed your dog or let them eat.  With that being said, it is best if you are able to simply avoid any situation altogether that allows your dog an opportunity to eat cornbread dressing.

Your Dog and Cornbread:  An Occasional Treat

As long as your dog does not have any kind of grain allergy, it is going to be safe for them to eat cornbread and other foods that are made with cornmeal.  Now keep in mind that these cornbread treats must be limited to just that, a special treat, it is acceptable to feed your dog some cornbread on occasion.  Just remember that cornbread is pretty much void of any nutritional value except for being high in sugar and in calories.  It is for this reason that you should always limit how much cornbread your dog is eating.

If your dog does get into the cornbread without you knowing about it and you feel as though they are having some type of adverse reaction to it, always call your local veterinarian in order to get their professional suggestions and advice moving forward.