Why Does My Dog Wink at Me? Dogs Winking

The answer is simply because the dog wants to be friends with you and also make you its leader. A dog winking at you is such a cute thing. However, there may be more to winking than to just make peace with you.

Body language is a form of communication both in humans and dogs. However, the way dogs express their body language differs totally from the way humans do. For instance, maintaining eye contact in humans is viewed as a form of politeness.

As humans, you need to maintain eye contact whenever you are conversing with another person to show that you are polite. Contrarily, it is not so in dogs. Politeness is not determined by eye contact in dogs.

When there is a long eye contact between two dogs, the first to break the eye contact will submit to the other, which keeps the longer eye contact. Breaking eye contact, which may be in the form of the slightest wink, is used to express submission to the leader. Eye contact simply shows dominance in the dog world; it determines the leader of the pack.

Hence, if you stare at your dog and it winks, it’s only telling you that they surrender to you and are ready to act according to your leading.

Reason #2: Dogs Wink At You Because They Are Only Copying You

Dogs also try to act like humans as long as they see you do so often. There is a couple of posts about how you can make your dog smile. From the posts, you’ll learn that dogs can also copy any human behavior that looks interesting to them.

Winking is one of these behaviors. Although dogs may not know the literal meaning of winking, however, they would want to use their body language to communicate to us. This will prompt them to copy some human body language.

So, if you happen to wink when you’re around the dog, then don’t be surprised when you see your dog winking also. It has only copied you.

Reason #3: Winking in Dogs Can be Caused by Eye-related Problems

Winks can be a cute thing to do, howbeit, if it is caused by an eye problem, it can be a horrible incident also. When a dog has an eye complication, it tends to blink an eye. Some eye complications can be nothing serious, while some can require serious medical attention.

However, ensure to consult your Vet doctor whenever you notice a strange thing in your dog’s eye. Below are some of the eye issues that can make your dog wink at you.

It is also known as Keratoconjunctivitis Sicca, but you may prefer to call it the dry eyes disease. However, you can also abbreviate it as KCS if you want to prove brainy around your friends.

KCS can affect either an eye or both eyes. So if you notice that your dog is constantly blinking a particular eye, then it might have the keratoconjunctivitis Sicca.

This is a very common disease in dogs, which can be very itchy and painful for the dog. Entropion occurs when the eyelids fold inwardly towards the eyeballs, thus causing the eyelid and the eyeballs to rub against each other. This can be irritating and cause scratchy eyes for your dog.

As a means of scratching the eyes, the dog may begin to wink. However, this condition can aggravate if scratched for too long. It can become a painful ulcer for the dog.

This disease is more dominant in breeds with a short snout, usually called the brachycephalic. However, Entropion can be successfully treated when the right treatment is administered.

This occurs when there are excess fluids in your dog’s tear glands. If you observe that your dog’s eyes are always watery, then you should prepare to give proper treatment for glaucoma for your dog. If your dog’s tear gland produces excess water, it may instigate your dog to start winking in a bid to clear the excess liquid from their eyes.

Hence, proper treatment should be administered as soon as you detect glaucoma in your dogs, which may require you to visit the vet. If you delay further, it may lead to blindness for your dog.

Pink eye in dogs is commonly caused by a viral or bacterial infection in dogs. Conjunctivitis exhibits the same symptoms as in humans but is different. Conjunctivitis can also cause scratchy eyes in dogs.

If not properly taken care of, it may lead to dry eyes, which in turn may make your dog start winking. However, you can easily detect if your dog has pink eyes as it will be visible in its eyes. Ensure to visit the vet for proper treatment for conjunctivitis.

Several other health-related issues can make your dog wink at you. It may be because there are some irritants like dirt or dust in the dog’s eyes. It may also be that something may have got into their eyes while sniffing the ground.

However, if you notice that your dog’s wink is becoming too frequent than usual, see a veterinary doctor for proper checking.

Can a Dog be Trained to Wink on Command?

Asides from the fact that a dog’s wink can be due to health-related issues, then when your dog winks, it means that it wants you to be the leader of the pack or probably just copying you. Also, since your dog looks cute whenever it winks at you, then can it be trained to do so whenever you command it to do so?

How to Train Your Dog to Wink on Command

If you want the dog to wink its right eye, then you pull the right side-whiskers, you can do likewise for the other eye. However, if your dog doesn’t wink by gently touching its whiskers, then try tapping the head on the side you want it to blink. The likely problem you might face using this method is that the dog may close both eyes rather than one at a time.

If your dog winks whenever you call the command and touch the dog’s whiskers, then ensure to always reward it with a treat immediately. Repeat this procedure for a few minutes every day for about one or two weeks. By two weeks, your dog should be familiar with the word “wink.”

After that, you can now begin to call the command “wink” without touching its whiskers. If it winks, quickly reward with a treat for a job well done. If otherwise, there’s no cause for alarm, you only have to repeat the previous procedure for a week or two.

One thing to note is that you have to be consistent in its training. With time, your dog will learn to wink on command.

Always ensure that your dog is healthy and has no medical issues. Also, winking in dogs is a cute thing; you need not worry about it, except it’s becoming too frequent. However, winking in dogs may mean a break in eye contact, which implies that the dog wants you to be in control. 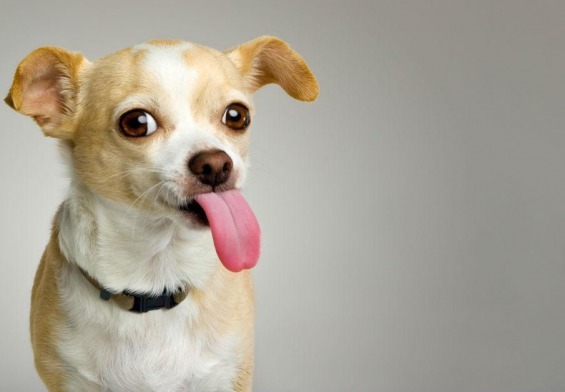 What Can I Give My Dog for Gas Pain