What is the Name of a Male Dog – What Do You Call Them?

Do many pet owners have a question as to what is a male dog called? Well, you don’t call them good boys. Male dogs are mostly known as studs. Well similar to the female dogs, the names of the male dogs change according to the reproductive status. If the male dog has already become a father to the puppies, then it would be called a ‘sire’. In the English Language, the male and female are represented according to their gender. However, if the dog is male, they are not known by many names.

What Do You Call A Male Dog?

During the 16th century, the dogs were also known as hounds. This is when they started to give names to define the age, reproductive abilities & dog’s gender. There were many terminologies that were used for both female & male dogs. However, only some of these terminologies are being used currently. These names are very famous among casual dog owners.

The following are some of the terms used among male dogs:

Stud: A dog that is been named a Stud is generally used for breeding. This is generally the partner for the female dogs who are known as a ‘bitch’. However, nowadays the word “Bitch” has a connotation that is used in a negative way, while ‘stud’ tends to have garnered a lot of positive opinions.

Sire: Stud dogs who have produced puppies will be called “sires”. The word sire states as a ‘male parent animal’. This particular connotation is used when the dog’s pedigree is listed and the breed of the parents is documented. This term is generally used for listing the breed but the term is not supposed to be used frequently.

Same as cats, female dogs are called ‘bitches’ when they are pregnant or are taking care of their litter. You should never call puppies or female dogs of anyone a ‘bitch’ because it is mostly known for its negative connotation.

The term ‘bitch’ is a derogatory and offensive term that is often used to refer to a female in an unpleasant manner. So, your neighbor or friend might not take it in a proper way and might think that you’re bad-mouthing their pet. Thus, it can put you in a very bad position. Let’s assume you talking to your neighbor, ‘Hey, your bitch is in the heat!’, it would be very embarrassing and offensive, it would sound very weird if that person does not understand who you are referring to.

There are many connotations for male dogs but this is not the same for female dogs. There are not many designations that are given to female canines. Many times, you would notice pet owners would use the term “Dogs” for their male dogs when they are having casual conversations. “My dog Bruno and I have had long walks in the dog park but have never heard any pet owner addressing the dogs by their properly as ‘sires’ and ‘studs’. These terms are widely used by dog show enthusiasts, breeders, and pedigree listing.

Is It Better To Get A Male Or Female Dog?

Most of the new parents are confused if they should select a male or a female dog. It actually depends on what you would prefer.  Many pet owners have given an overview stating that male dogs are very hard to train in the house because of the dominating characters. However, what I have found that male dogs are also very affectionate It totally depends on the upbringing be it any gender. Each of them has its own pros and cons.

If you’re are not sure which gender would you want to adopt then you should take a suggestion from the vets about the dog’s gender. However, it does not mean much as both are suitable as house pets. What really is important is that the breed of the dog and its personality is right and that it suits you. Be it a female or a male dog, the puppy should have an energy level that suits you and your lifestyle. These are the preferred characteristics that you should be looking for in the dog.

You also have to check the behavioral, hormonal, and physical differences when you choose the dog.

Are Male Dogs Easier To Train?

Male dogs are good at sports, so it is a common notion that it is easy to train them. However, this is not something that many pet owners think is correct. It totally depends on the breed of dog you have, be it a male or female. Let’s take in an example of a female Golden Retriever vs a male Pug. It would always be easier to train the female Golden retriever. While you might find that a male Labrador is easier to train than a female Shih Tzu. It is not the gender that matters, so you should look past the gender and concentrate more on the breed. It might be a male or a female, mainly the level of intelligence and its habit would affect the training, not the gender.

This is a common thing which pet owners have noticed that the Male dogs cling to their owners a lot than the female dog. They require a lot more attention than the females. However, still it depends more on the dog’s breed and how it has been raised since its young age.

There is a common perception created by people stating that dogs prefer male owners. However, a study found that dogs like to stay close to their owners, despite their owner’s gender. They do not have any preference as such.

So, after reading the article you now must have a clear concept of what you would call a male dog, isn’t it? Well, let’s just recap: The most popular dog, is the stud, which refers to the dog which is a reproductive canine. The puppies which the stud has been known as a Sire. However, these are not popular terms. Almost all dogs are generally referred to as “dogs” by most pet owners. 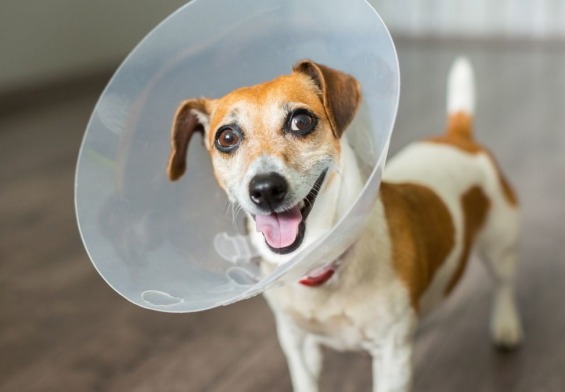