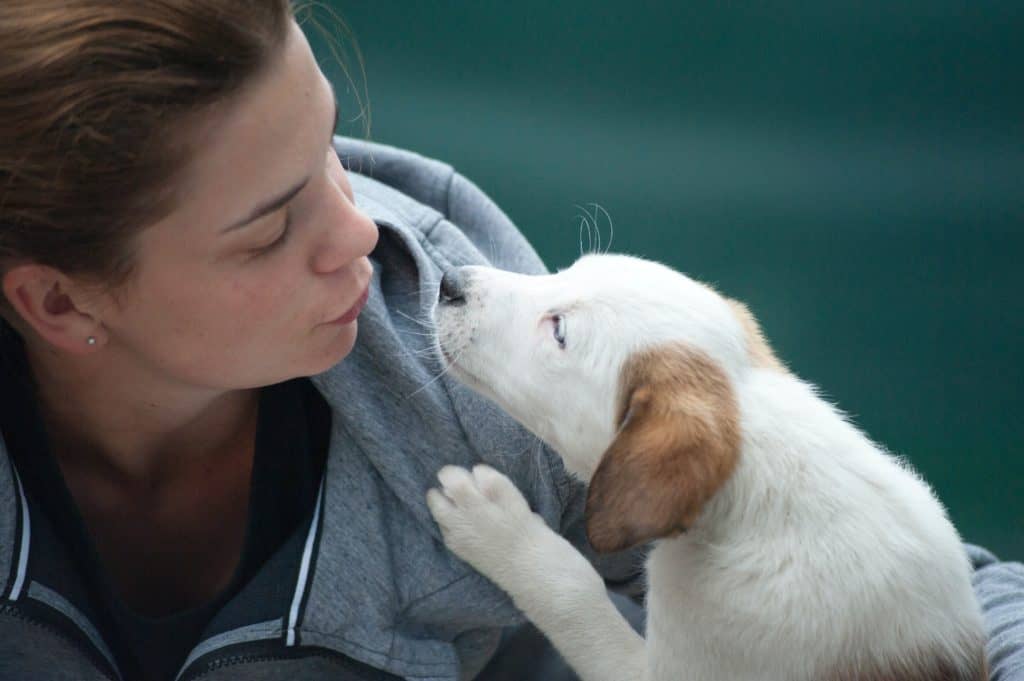 The parvovirus is a very deadly disease in canines; it is best to avoid it. If your dog has contracted the parvovirus, you may need to seek the help of a veterinary doctor to avoid the death of the dog. However, the parvovirus persists for a long period in your dog’s environment.

So, you may be worried about how you can get rid of this deadly virus from your pup’s environment. First of all, let us examine the origin of the parvovirus and how it infects dogs. Knowing and understanding some facts about parvo can help us know how best to prevent it from infecting our dogs.

The word “parvo” is derived from the word “Parvus”. Parvus is a Latin word that translates to “small”. The parvovirus is one of the tiniest viruses on the planet. It has a diameter measuring between 20 nanometers to 26 nanometers.

When it was discovered, it was believed to be a modification of panleukopenia in dogs. Panleukopenia was also identified as a parvovirus. The parvovirus majorly affects the canine family like the coyotes, wolves, foxes, and dogs. It majorly attacks the digestive system of canines.

Even though there have been discoveries of various strains of the virus, the vaccination procedure and treatment remain the same. Similarly, the period in which the virus persists in an affected environment also remains the same.

What Exposes Pups To This Virus?

You need to be informed of how puppies are exposed to this deadly virus. This is more important if you plan to bring in a new pup after the previous one had suffered from the parvovirus attack. Doing this can reduce the chances of your new pup contracting the virus also since the virus would stay in the environment for a long period.

It can be anything in the environment; it may be eating foods that fall on an infected ground, the virus may even be transferred from an infected environment to your dog by insects. However, if your dog has been diagnosed to have contracted the parvovirus, please isolate such dog for three weeks. You can then consult your vet to know when to introduce the dog to areas populated by dogs.

Rate of Getting Infected

There is a greater rate of getting infected by puppies of a younger age than their older counterpart. Puppies at the age of 6 to 24 weeks seem to easily be infected by parvo. Although adult dogs can contract the virus too, the majority of them do not show symptoms.

The rate of getting infected also depends on the breed of dog. Alsatians, Dobermans, Rottweilers, English Spaniels, Labrador Retrievers, Alaskan Sled Dogs are more vulnerable to this virus than other breeds. However, it also depends on the immune system of the dog. Another factor that determines the predisposition rate of a dog includes the virulence and the viral particle of the virus.

Usually, the pups are given their first shot of vaccinations at 6 to 8 weeks, and then they are given boosters at about 10 to 12 weeks and also at 14 to 16 weeks. This protection will have to take about 10 to 14 days after the pups have been vaccinated to be effective. Vaccinating pups will strengthen the immune system of pups and they can easily wade off any infection that may want to arise.

In some other circumstances, if you happen to own a breed that has a higher predisposition rate, your vet may recommend that you administer an additional booster at around 20 weeks. However, this doesn’t guarantee your pup’s protection until the vaccination procedure is completed. Read below what Jean Dodds, a veterinary and immunology specialist, once said;

Please note that dogs that have underlying health conditions are more exposed to the parvovirus. According to a vet doctor, Lila Miller, puppies with protozoans like coccidia, or roundworms are more vulnerable to parvo. However, a good diet and less stress are a good way of preventing the parvovirus.

Pup owners must avoid taking their dogs to high-risk areas like pet stores, parks, and areas with high dog traffic. You can only do this when the pup has completed its vaccination procedures and your vet approves that you can now take it to such places.

However, between the age of 4 weeks and 16 weeks is the best time to socialize your dog, yet you must avoid too much exposure. You can consult the American Veterinary Society of Animal Behavior Position remark on how to reach a compromise.

Can A Puppy Be Re-Infected By Parvo?

Concerning this, let’s examine what some famous vets have said below;

Getting Rid of Parvo Virus from the Home and Environment

After four or five days that a puppy might have been exposed to the parvovirus, its feces will contain particles of the virus, even before it starts showing symptoms. An infected pup can shed about 35 million parvovirus particles in a drop of poo in line with the Mar Vista Vet Animals Hospital’s statement. It only takes about 1000 particles for an unvaccinated pup to get infected.

So, this means that three weeks of dropping feces is enough to get your pup and every other pup in that environment infected. You also have to note that parvo dwells in an environment for a long time.

Unfortunately, parvovirus is such a tough virus to eradicate. Cold or hot temperatures don’t affect the parvovirus, however, it thrives well in damp areas. Janet Crossby Tobiassen, a vet doctor explains that cold temperatures won’t kill parvo; so, don’t expect it to die from freezing

Basically, the virus is found everywhere no matter the weather. Sadly, it can also live in an environment for about six months at least, depending on some factors. However, the virus lives longer outdoors than indoors.

Suppressing the Effects of Parvo

One thing to note is that you cannot kill this virus; you can only suppress its effects. One effective household product that has proven to suppress the virus is bleach. You can mix a part of bleach in 30 parts of water and allow it to soak for about 10 minutes.

Parvo is a deadly virus to canine with a low rate of survival. We advise that you disinfect your environment regularly and keep your pup’s vaccination up to date or better still, buy a fully vaccinated pup. The best thing you can do is to have your pup undergo a titer test to check if it has enough antibodies to fight the parvovirus.