When Do Female German Shepherds Go Into Heat Cycle?

Just like most female animals, female German Shepherds experience heat cycles. This is the stage in your female dog’s life where its reproductive hormones start acting up. If you are a first-time dog owner or you have no experience with female German Shepherds, then it could get a little tricky for your dog during this period. However, with a little bit of help, you can understand your dog better and help it navigate this stage in its life seamlessly.

While it should be a thing of joy that your dog has reached reproductive maturity, the baggage that comes with a heat cycle can be a little daunting.  As a dog owner, it is very important for you to learn about your dog’s heat cycle. For your reading pleasure, we’ve put together some important things you need to know about a German Shepherd’s heat cycle and how you can help them feel more comfortable during this period.

A German Shepherd experience for stages in its heat cycle. The four stages are  Proestrus, Estrus, Metesrus and Anestrus. Your female German Shepherd will send out pheromones which attract male dogs. During this period, your dog will get unusually aggressive, especially to other dogs, male and female alike. This behavior may seem unusual for an inexperienced dog owner, but it is entirely normal. Below is a breakdown of four stages of your German Shepherd’s heat cycle:

The first stage of your dog’s heat cycle is called the Proestrus. This is when your German Shepherd will start showing signs like swelling of the vulva and bleeding in the vagina. However, these signs might not come up until after some days into the Proestrus. At this stage, your German Shepherd isn’t fertile enough for breeding, but that usually does not stop male dogs from flocking around her. During this period, you’ll likely notice male dogs sniffing around female dog’s vagina. They do this with intentions of mating, but your female German Shepherd will most likely reject their advances. Another key sign you’ll likely notice during the proestrus stage is a rapid change in your dog’s temperament. During this stage, their hormones go wild, which make them behave aggressively. The aggressiveness is what helps them keep male dogs that want to mate with them at bay. This stage usually lasts for about nine days.

In contrast to their frequent aggressiveness against other dogs during the proestrus stage, your German Shepherd will become less aggressive and more receptive of other dogs. They’ll be more submissive and will stand still with their tails up in the air to let male dogs know she’s ready to breed. Another common sign your dog will likely exhibit during this stage is rubbing the end of her ear on objects. This estrus-related behavior is known as “flagging” and usually lasts for an average of nine days. However, it can also last up to 24 days in some cases.

This is stage three in your dog’s heat cycle. Here your female dog’s vulva will gradually start to shrink. She will also stop being receptive to advances from male dogs. The Metestrus is the stage where life starts returning to normal for your female German Shepherd. If a successful mating occurred during the estrus stage, your dog would likely be pregnant by now. If no mating occurred, or it occurred unsuccessfully, your German Shepherd can still show signs of pregnancy. This is usually signs of a “phantom pregnancy.” If you were hopeful of pregnancy, don’t be convinced that your dog is pregnant until you take her to a vet for verification. The Metestrus stage can last for up to 63 days.

The Anestrus is the stage in your female dog’s life when everything has returned to normal. By now, her vulva has probably returned to her normal size, and she’ll also be unreceptive to male dogs. Although during the Anestrus, your dog is no longer on heat, it is nonetheless still classified as a stage within a dog’s heat cycle. This stage usually spans the entire period it takes your dog to go back to being on heat. For your female German Shepherd, this could take around six months.

Below are some common signs to look out for in order to know when your German Shepherd is on heat;

Nonetheless, individual dogs may have signs of being in heat that is unique to them. It is your responsibility as a dog owner to observe and learn about these signs to better determine whether or not your dog is on heat. Are German Shepherds Good with Kids 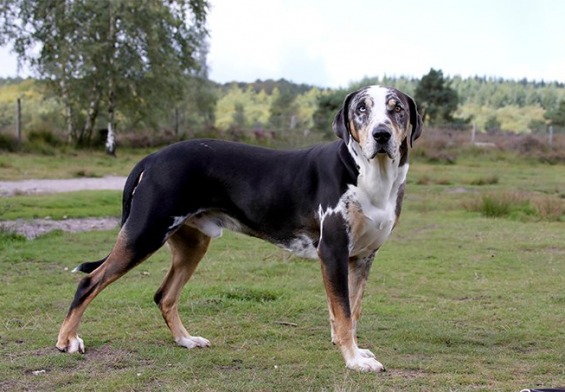