There are many designer dogs available, and one that works excellently is the Dachshund Shepherd. It is also known as the German Shepherd Dachshund mixed pooch. The dog is a mix of a GSD and Dachshund, two dogs that exhibit differences in trainability, temperament, energy, and appearance.

Despite these differences, the mix is well-balanced in all aspects and is an excellent addition to many homes. In terms of temperament, size, and activity level, the German Shepherd Dachshund mix is often in the middle of a GSD and Dachshund.

Like with many mixed breeds, it is common for some dogs to lean towards one parent breed. In this case, a mix with a larger appearance leans towards the GSD parent, while a smaller appearance is towards the Dachshund.

Like with many dog breeds, it is essential you determine if this dog breed is the perfect fit for your home before getting one. This article will give a detailed look at the various aspects of this excellent dog mix to help you out.

It doesn’t matter if you’re selecting from dogs in the same litter; it is common to find dogs that differ in looks and personality. Some dogs may take on an identical appearance to the Dachshund parent, while others may take on the GSD appearance. If you’re lucky, you may get a pup that is an equal split of both parent breeds.

All around the world, German Shepherd dogs have an outstanding reputation for working with police and military forces. This employment status is what makes them recognizable. Regardless of their job description, these dogs enjoy being in the company of their family and are sweet at heart.

In a 2019 ranking of 191 dog breeds in America, the German Shepherd ranked as the 2nd most popular breed. This is according to the American Kennel Club (AKC). In addition to being a hard-working dog, there are other reasons why this breed is so popular.

Some of the reasons why people love German Shepherds include:

These excellent traits are possible reasons why it is one of the breeds in many famous dog mixes, such as the Shollie and Beagle Shepherd.

This little, long dog has a reputation for being a lapdog in many homes. Its spoilt nature in recent times can often be misleading. This is because Dachshunds are excellent hunting dogs. The name Dachshund translates to the badger dog.

Despite being a spoilt lapdog in recent times, you will find many dachshunds chasing around small animals in the yard or park, which is evidence of its excellent hunting instincts. These dogs are great at their job, and they have high prey drive, tenacious personality, paddle paws, and a long body.

The Dachshund is a spunky, friendly, and curious dog, which are some of the reasons why they are ranked 12th among the popular dog breeds in America. The record for the oldest dog in the world has been given to a Dachshund on two occasions, with one dog living to 21 and the other to 20.

Older Dachshund mixes include the Dachsador and Chiweenie, while the Dachshund Shepherd is a newer breed.

The Mix – The Dachshund Shepherd

Many believe that the Dachshund Shepherd mix is a breed whose origins are in America. This is despite the fact that both parent breeds are German Breeds. The origins are believable since a majority of the designer dogs in recent times originated in America.

Owners of this new breed can expect traits and characteristics that vary from dog to dog but are similar to those of any parent.

As you will notice in its behavior towards its primary caregiver, the Dachshund Shepherd mix shows a lot of admiration and loyalty towards its master. It doesn’t enjoy being alone for extended periods and can show signs of being overprotective.

Socializing the dog from an early age is crucial as it is common for the mix to snap at individuals who get too close to its master. The Dachshund personality makes the dog warm up to strangers, despite acting aloof during the initial interactions.

If you’re looking for a dog to have lots of fun with, this mix has a lot of energy to get out of its system. You can find it active for a long time, and you must help it expel this excess energy. When you slack on your job, the dog becomes destructive.

The need for lots of mental and physical stimulation for healthy growth means that this dog is not compatible with everyone. However, it remains an excellent family pet for those who have the time to focus on its upbringing.

The appearance and size of the Dachshund Shepherd will vary due to the differences between the parent breeds. The dog can measure between 10 to 20 inches while they may weigh from 20 to 60 pounds. A factor that determines the size of the dog is if the Dachshund parent is a standard or miniature size.

The dog will develop the large triangle ears common in both parents, but you will have to wait and see if it will be erect or floppy. The Dachshund breed’s turned-out feet and short legs may not be inherited, but this doesn’t imply that the dog will grow as tall as the German Shepherd breed.

You can expect the dog to have a handsome look with a fleshy nose and large dark round eyes.

The coat of the mix can be one of many, which is often dependent on the parents’ coat. In general, German Shepherd dogs can be medium or long-haired coat while the Dachshund can be smooth, long-haired, or wirehaired. Combining any of these provides a wide variety with different textures and colors.

Individuals looking to get this mix should pay attention to the coat, as it is common to find canine hair on your furniture and clothes. This is because these dogs usually develop a double coat regardless of the coat they inherit. As a result, they shed heavily during shedding season and moderately during the year.

Standard colors you may get of this mix are as follows:

If you’re lucky, it is possible to get a dog that inherits a solid blue, merle, white, or red color. Others may have piebald or brindle coloring appearing sporadically to create a pattern.

It would be best if you understood that breeders might charge a higher price for these dogs due to certain colorings’ uniqueness.

Energy levels and the size of your Dachshund Shepherd will be a determinant of the level of exercise it needs. However, exercise can range from 30 to 60 minutes every day.

When exercising the dog, the spoilt genes of the Dachshund will surely kick in to let you know when the dog has had enough. It will stop and wait for you to carry him back home.

Do note that physical exercise cannot replace mental exercises. You must satiate the curiosity of the dog through interactive games and other mentally stimulating activities.

The size of the dog will determine the right living conditions. A larger dog will require a big home with a backyard, while a smaller dog will grow excellently in an apartment. Socialization is crucial if you want the dog to live with other pets in the home.

To avoid issues due to the hunting instincts of the dog kicking in, be sure to introduce the dog to other pets slowly. If you have kids, they should get along with these beautiful dogs. However, it doesn’t hurt to monitor their interaction.

Thanks to the genes of the German Shepherd, training the Dachshund Shepherd shouldn’t be difficult. However, there will be days when the dog would prefer to do nothing. Engaging in verbal praise and other positive reward training should help.

When you notice signs of overprotectiveness, swiftly discourage such behaviors. Socialize the dog early, and ensure training sessions begin the moment the dog arrives in the home. Any time you visit a public place, be sure to keep the dog on a leash since the high prey drive can be a hassle.

If you have a healthy dog, then it can live from 7 to 14 years or more. Like many other dog breeds, there are some health issues with this breed, and these include the following:

Grinding of the cartilage and bones due to an abnormal formation of the elbow and hip joints leads to this health issue. It is a mobility issue that often leads to arthritis and is shared among the German Shepherd parents.

Due to the Dachshund parentage, the dog may also be susceptible to Luxating Patella, which is a dislocated kneecap.

Dogs with long bodies and short legs, like the Dachshund, suffer from this disease. It is a result of the spinal cushioning discs erupting. The effect of this disease includes paralysis and severe pain.

Cataracts and Progressive Retinal Atrophy are examples of the various eye conditions common among both parent breeds. It is crucial the breeder screens and examines the parents to determine the possibility of an eye condition in the pup.

Another common disease is the Mitral Valve Disease, common in Dachshunds.

The dog’s energy levels and weight will determine the amount of food it eats, but you must discuss with your veterinarian and pay attention to the food instructions. In most cases, they may consume between 1½ and 2½ cups of food rich in protein, vitamins, minerals, and fiber.

Avoid getting the dog overweight, as this may lead to spinal health and mobility issues. Don’t go overboard on treats to avoid this.

The coat type will determine if the dog needs grooming every day or sparingly. Be sure to brush the coat daily during shedding season since it has a double coat. The dog must undergo dental cleaning to prevent periodontal diseases.

Weekly ear cleaning is also necessary for a Dachshund Shepherd with drop-down ears.

To eliminate the dangers of a Dachshund carrying a puppy that is of a bigger size, the Dachshund will be the father while the German Shepherd will be the mother. The puppies are estimated to cost around $400 to $900.

You may need to travel long distances to find a Dachshund Shepherd since they are rare. However, you can start by interacting with breeders who focus solely on Dachshunds and German Shepherd dogs. You can begin the conversation online before setting up a meeting to see the parents and the pups.

Due to the unusual mix of the dog, you must avoid unreputable breeders and puppy mills.

Due to their rarity, you shouldn’t raise your hopes when visiting a rescue or shelter to find a Dachshund Shepherd. Nonetheless, it is possible to find one. This is because some individuals assume them to be the regular lapdogs and don’t prepare for the level of training and exercise they require.

You can check dedicated breed shelters such as:

For any family with enough time to exercise the dog and interact, this is an excellent fit. This breed offers an outstanding balance in size, appearance, and traits of the German Shepherd and Dachshund. It is protective, loyal, and affectionate. 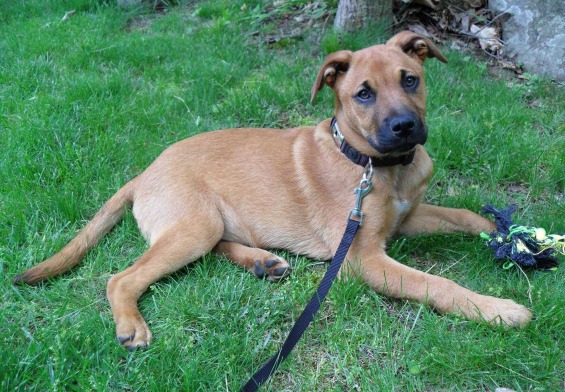