Many of the time, we think about adopting a dog because a dog is the best friend of humans and also very close to them. They always stay with their owner and have a special attachment with their owner and family members. In America, lots of dog breeds are found and also popular for their nature and loyalty. If you are going to adopt a German Shepherd dog then you have to know about them because many of the German Shepherd is suffering from dwarfism and because of this, they have to face various illnesses in their lifespan. So you have to need to know about them, for this, you can continue to read the article.

In America, lots of dog breeds are present and from those breeds, the most popular breed is the German Shepherd Dog and it has many good reasons. These dogs are intelligent and capable of working dogs. The courage and devotions of those dogs are unmatched or cannot find out in any other breed. Even they are amazingly versatile.  Those dog breeds are also known as Alsatian. Despite their purebred status, you can find out German Shepherds in shelters and breed-specific rescues. That’s why to keep remember to adopt. But for you this is the breed then don’t be shop.

German shepherd dogs do not any breed which is known as Dwarf German Shepherd. It is a medical issue of dwarfism in dogs. For example, if you adopt a German Shepherd dog and you feel something wrong with him like you feel that he is not listening to you and doesn’t express any action on your commands then it will be a symbol of the dwarf.  And genetic issues in a dog cause the dwarfism. And that’s the reason that some owners feel that their dogs are not normal or behave normally on their commands.

There is also a different kind of dwarfism that is known as Chondrodysplasias. Dog breeds which are known as Corgis and Dachshunds, have this type of disease. In the disease named as Chondrodysplasias, legs of dog breed become to shortened. This kind of dwarfism is different. In the same way, the German Shepherd has inherited pituitary dwarfism. This is the situation which can be for the life-time in the dogs and many different kinds. For knowing more about German Shepherd Dog with Dwarfism then continue reading this article and know in detail.

How can you tell if your dog has Dwarfism?

You adopt a German Shepherd dog then you can see an symptoms of the Dwarf German Shepherd that he is suffering from disease dwarfism that they are small stature and it is the main evidence in the shepherd puppies who are between 8 weeks to 16 weeks age group. The features of the dogs are in display in different proportion and the shortened legs of the small size of the dogs are a kind of dwarfism that is called ACHONDROPLASIA and it is a different kind of situation.

Even the puppies with dwarfism will regain their small size as a dustbin and collect many of the serious illness in them, not only this but also there is not clear that what they collect or from what they suffer. However, there are chances that they suffer from the alopecia and baldness is the result of alopecia. But baldness does not affect lower legs and head.

In the German Shepherd, pituitary dwarfism is a critical illness and there are no clinical signs are limited to their appearance. Many other hidden illnesses that can be a DGS suffer. Some symbols are heartbreaking:

How long do dogs with dwarfism live?

A Dwarf German Shepherd cannot live for long years. If they did not get the proper treatment for their illness then their lifespan will be poor and cannot live more than 3 to 4 years. Many people have questioned how it is clear. Then we tell you that it is finding from the study of over 20 years in EUROPE and the University of Utrecht.

However, there are chances that some of the dogs can live more than above mentioned years, and it is because of the cases in which a small amount of hormones  is generated by thepituitary gland. And help the dogs to live some more time.

Although you can see symptoms of dwarfism in your GSD that varies from others, and the proper cure of pituitary dwarfism in German Shepher Dogs release from the endocrine tests (from urine and blood). Even for checking the cysts, it can be finding out by imaging tests. Any kind of illness can reduce the lifespan of the German Shepherd dog. But if you feel those symptoms in your dog and you give them proper treatment then you can increase sometime in their life.

Proper Treatment for the Illness

If we talk about past few years, there are some of the new treatments are found out for the dwarfism, that mostly includes replenish the hormones which are missed in those Dwarf German Shepherd dog. Maybe, a canine does not have any new hormone for proper growth but there are many other alternatives also present. And these are:

Even there are significant changes in the lifespan of the dog’s life and help to increase their life with this treatment, but they also have some bad effects. And sadly there are no treatments for escape or give proper care so that they can be healthy in less time.

How pituitary dwarfism is transmitted in German Shepherd dogs?

There are several causes and ways to transmit pituitary disease in puppies that also makes them dwarf and face other illness.

Truly, if a dog gets the proper care and treatment on time for this illness then it is sure that he will be recovered or lives a much better life than others. And also have fewer symptoms of new illness due to their dwarfism.

Even there is no proper cure for pituitary dwarfism but it is sure that the dog does not suffer from a different kind of illness or have the symptoms of increasing the illness in their body. But some treatments help to know the symptoms with ease and also help to measure the supplement the vital hormones that the malformed pituitary gland which is not produced naturally in them.

There are chances that your pet might receive 2 copies of the gene i.e. pituitary dwarfism and then you will know the there are symptom’s of dwarfism present in your dog. Not only this, but these dogs grow not to breed sterile, even these dogs are also not be permitted for the breed, otherwise more dogs are born with this pituitary issue. That’s why it will be stopped for the dogs to breed, so this chain will be stopped at a point.

Cause of dwarfism in German Shepherd Dog

We learned from the study that dwarfism in dogs is caused because of the lack of growth hormones that are produced by the pituitary gland because of the genetic disorder. But what is the main cause of dog dwarfism?

All these are the causes of the lack of growth hormone produced in the pituitary gland and make a dog dwarf.

Which dog breeds can suffer from dwarfism?

In the world, there is a misconception that the pituitary is rare dwarfism in dogs, but this is not so true, even it affects lots of dog breed worldwide. And it is also believed that some other dog breeds can be affected by this:

It is not confirmed and known that all these breeds at what percentage have the chance of infected by pituitary dwarfism, because no study can define it and it also does not clear that all the breeds can transfer their dwarfism gene to their puppy.

As we read the entire article, we found that if the dog is found with dwarfism it is not well for it. And he has to face and suffer many different kinds of illness in his short life span (that affects his life also). They can live for a very short time that is up to 3 to 4 years. And this very short lifetime they face a lot of illness. But with the proper care and treatment, they can live some more time.

But if the treatment was not given on time then they will die soon because of their illness. And the main cause of their dwarfism is found that is genetic. That means they get the genes from their parents who are suffering from the dwarfism and that’s why it is said that if any of the dogs can find out with the pituitary dwarfism than they will not be permitted for the breed, otherwise they also transfer their gene to their puppy and they again born with the illness of the dwarfism and have to face many kinds of illness. 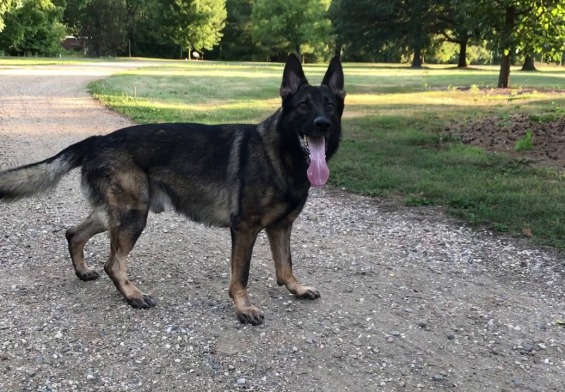 Why Pugs Snore and How to Stop it