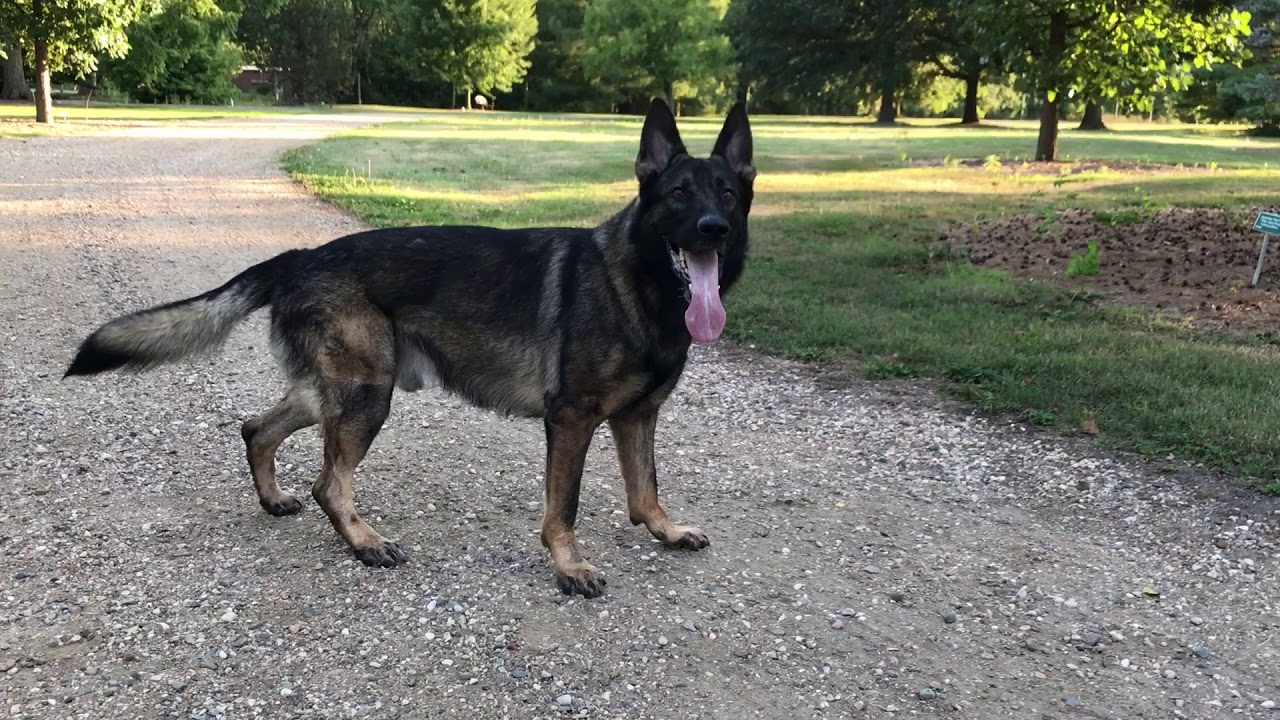 Dogs have always been a loyal servant to their master since ages. There is no doubt that, it is equally good when it comes to being a friend and security guard. But, there are different breeds of dogs and one might get confused about their characteristics and behavior. However, if you adore dogs, you will know that, understanding them is quite necessary for your well being. In this very article, you will discover some much unknown facts and other things in details about the DDR German Shepherd.

So, are you curious to know about them? If yes, then go through this article carefully and read it till end.

Also referred to as Deutsches Demokratische Republik German Shepherd, the DDR German Shepherd has been a popular breed of dogs. In addition to that, they were even called “East German Shepherd” at some places as they were used during the phase of World War II. Basically, for depicting excellent loyal behavior and amazing intelligence capability, they were widely used by the defense forces, especially in the military.

It was just because of their extreme intelligence and ability to perform that, DDR German Shepherd dogs were thought to be best suited for the military purpose. But, in case some of them pose weak physical ability and other health issues, then they weren’t included in important tasks related to Second WorldWar.

Actually, the male German shepherd weighs somewhere in between 30 to 40 kg whereas the female weighs about 22 to 32 kg. However, as per as the height of the DDR German Shepherd is considered, the males and the females are of about 60 to 65cm as well as 55 to 60 cm respectively.

When you know about any breed of dogs, you are always curious to know about their appearances. Yes, this is one of the basic characteristic that distinguishes one dog from another. However, when it comes to the look of the DDR German Shepherd Dogs, knows that, they look quite strong and poses amazing strength.

Apart from that, they are basically seen in dark color and have hips that are round in shape. They look quite ferocious actually.

Know About DDR German Shepherd and How Do They Work

However, it is already known to you that, the German Shepherd poses amazing intelligence. That is the reason why it was used during the times of Second World War. Apart from excellent intelligence, they have the ability to track any danger quite soon. That is the reason, why they are found in detecting any type of serious things that might cause you harm. Moreover, the DDR German Shepherd dogs are widely used to carry out rescue missions. They can easily move in any kind of pathway whether it is plain or hilly areas and therefore can detect if anyone gets stuck there.

In reality, the DDR German Shepherd dogs have been contributing their services to the defense forces from years. They have always proved their efficiency and helped the army a lot. In addition to that, the alertness that these dogs have is nicely utilized by the national security agents. Basically, they have a willingness to grasp commands and follows instructions amazingly. That is the reason it is so good when you train them.

All these qualities make them alert even in busiest of situations. It is just that, you cannot divert their attention. But, at times all their abilities can backfire, if not trained wisely. You need to think positively while handling a DDR German Shepherd Dog. In simple words, they are quite competitive and will never disappoint you, when given a task. For all these reasons, at times, you can even find DDR German Shepherd guarding important resources too. So, with right guidance and care, these dogs can be an amazing companion to be kept at home as well.

As it is known that, DDR German Shepherd Dogs have some amazing skills relating to their intelligence and other abilities. So, they are considered to be one of the best dogs that have multiple capabilities. For this reason, they shine in every task you assign them. However, the basic traits that they pose might include:

So, all these traits make the DDR German Shepherd quite a useful dog.

In case, you are planning to buy a DDR German Shepherd Dog, then knowing about their health issues is very important. You will be happy to discover the fact that, these dogs hardly suffers from hip dysplasia. And if by chance, they suffer from such, you cure that from a veteran doctor. Actually, DDR German Shepherd dogs, do not suffer from the normal health problems that other dogs suffers from.

But, at times, your dog might witness some problem in their joints. This can either be an injury or can possibly be a disease related to the joints. In reality, the DDR German Shepherd dogs, after cross breeding, developed certain disease from other dogs.

As, the DDR German Shepherd’s body is concerned, they naturally require loads of nutrition to keep themselves healthy. Basically, get them food that has proteins, vitamins and minerals. Just ensure that, their diet consists of high calorie food and has high level of calcium content in it.

You can also give them enormous carbohydrates and nutrients in order to keep their bones strong. You can serve them meals for two to three times a day. Now, in case you observe that the DDR German Shepherd dog has irritation in the skin and gets some trouble in the fur, know that they have developed certain allergies. So, take good care of them every now and then.

It is however a common fact that, each and everything needs training to develop. So, the same case applies with the DDR German Shepherd dogs. Whether it be for the purpose of adjusting in home or for security issues, they undergo strict trainings always. However, until the time of 18 months, the DDR German Shepherd dogs remain somewhat immature and can be considered a puppy too.

So, their trainings must consist of the following:

Well, it is known to you by now, that DDR German Shepherd Dogs are much energetic. That is the very reason; they like to surround themselves in different kind of activities. Walking daily for 10 to 15 minutes can be one of the activities that can keep themselves motivated. However, walking with your dog can develop a friendly attitude between you both.

You can help your dog in making their bones and muscles strong by encouraging them to climb a ladder or something similar. Try to improve their level of energy by keeping something heavy on their back. This can be a good exercise for your dog. Just for the sake of entertainment, you can take your dog along with you when you go for riding a bike or car. It is also seen that, DDR German Shepherd dogs are quite sportive and for the same purpose they can even enjoy hiking, if you make them do one. So, just make sure that, you keep them engaged with these kinds of small exercises. It will not only contribute in making them healthy, but can also increase their self confidence.

How much does a DDR German Shepherd Dog cost?

DDR German Shepherd Dogs – A perfect playmate for your children

Have you noticed that how much children adore dogs? Yes, they adjust themselves so good when being in company of any dog. When we are discussing about the DDR German Shepherd dogs, know that, with adequate training, these dogs can do wonders. They can easily socialize and thus your children would definitely love them as a pet.

As these dogs, have active mindset so your children can find them amazing to play with. Moreover, DDR German Shepherd would take care of your ward as a parent and can save them from any sort of danger. They are quite protective and helpful as well. In addition to that, playing everyday with your kids can be quite beneficial for both the dog as well as for your children. By this, your dog would never get bored also. With loyal attitude and child friendliness, these dogs get along with your children well and can become their best friend with time. Both the dog and your child can pass all their time together in each others’ company. So, keep DDR German Shepherd in your home and let your children enjoy with it.

Basically, life can be more easy and enjoyable when you have a descent pet with you. And possessing a DDR German Shepherd is of no exception. You just need to give them proper guidance to help them in socializing and nothing more. They, with their lovely nature, can win your heart by all means. Just love them truly and they will love you back. However, their ferociousness depends upon the external force, but otherwise they are wonderful as a pet.