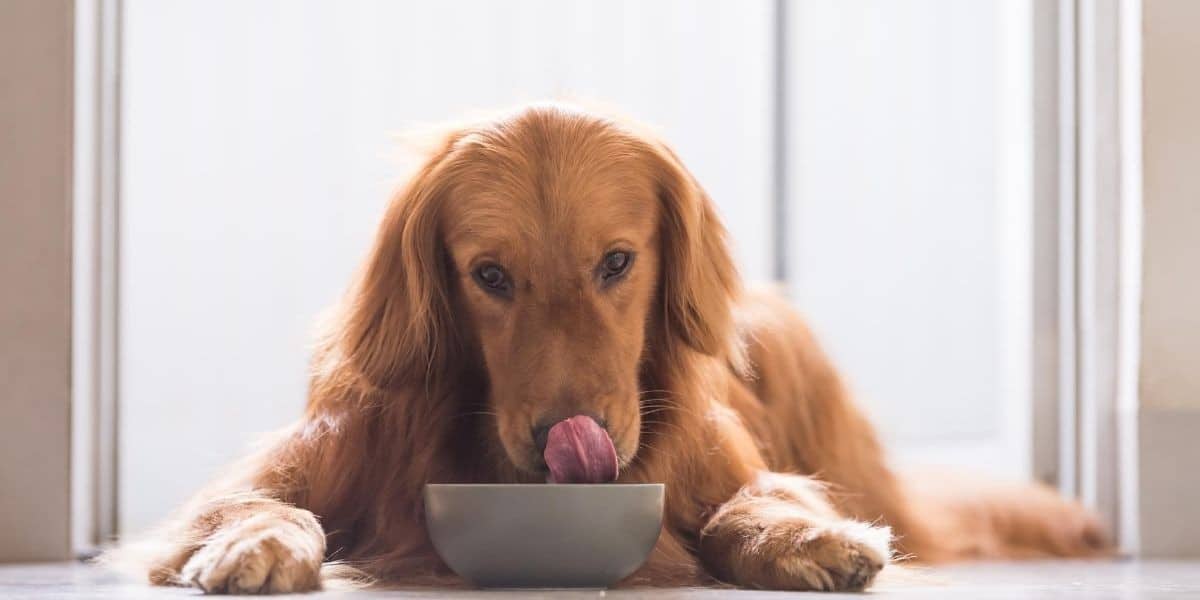 Are Egg Shells Bad for Dogs & Puppies to Have?

While dogs are now our best friends and docile pets, they used to be wild wolves at one point in their history.  Your pet dog’s ancestors were savage animals that had to fight for their food and their lives.  Essentially, every single day was a fight for their live that they had no choice but to participate in.  This meant that there would be times when they would need to eat whatever they were able to get ahold of.

Even today if a wolf gets hungry enough and comes across an unprotected nest of eggs, that wolf is going to eat.  There was no time for them to separate the yolk of the egg from the shell.  It was a combo deal and if that wolf wanted to eat, the shell and all the insides were the meal.  With that being said, you may have wondered at one point whether or not you should let your dog eat eggshells?

Here is what you need to know about your dog and whether or not they are able to eat eggshells.

To answer this question in a single word, the answer is yes, your dog can eat eggshells.  In fact, eggshells are actually going to be a great source of calcium, vitamins, amino acids, and many other nutrients as well.  When you are able to moderate how much eggshell your dog is actually eating, it can actually be a very healthy addition to their regular diet.

Benefits of Eggshells for Your Dog

It is not uncommon to immediately think that allowing your dog to eat eggshells is not a god idea and that is perfectly understandable.  For most people, eggshells are not normally on the list of edible foods.  However, fact of the matter is that eggshells are edible.  This means you may want to think about adding them to your dog’s diet as soon as today.

Some of the top benefits that eggshells can provide for your dog are going to be:

Eggshells are packed with calcium.  While milk is normally the most popular calcium star, eggs are able to give it a run for its money.  In fact, most of the eggshell that your dog eats is composed of calcium carbonate, which is an extremely important nutrient for the health of their bones.

Since eggshells are so calcium dense, many different arthritis treatments are actually going to contain powdered eggshells in them.  While previously eggshells were only an ingredient in the common types of canine arthritis medications, drug companies have since started producing eggshell membranes as their very own products.  While not very fun to look at, this eggshell membrane is extremely nutrient dense and can be taken as a dietary supplement for dogs and humans alike.

Even if your dog is not suffering from any type of arthritis, they are still able to benefit from the eggshell’s nutrients.  If your dog has hips that have been fortified with calcium, it is much less likely for them to experience the different aging problems that they can potentially get.

While calcium is great for your dog’s joints, their teeth are also going to be a huge beneficiary of eggshells.  Calcium that is normally found in chicken eggshells is able to keep your dog’s teeth healthy and strong.  If you have ever had a dog, you know that periodontal disease in canines is a very widespread problem.  In fact, experts have estimated that over 80% of dogs are going to have signs of periodontal disease before they get to three years old.  If they do have periodontal disease, it can be very painful and even debilitating for your dog.

Eggshells are not only a great source of calcium, but they are also packed full of amino acids.  While protein gets much more attention than amino acids, protein is actually a combination of amino acids.  Most people associate protein with the ability to build muscle, but never amino acids.  And the one food source that is able to give your dog the amino acids that they need in order to build more muscle?  You guessed it, eggshells.

Since your dog is domesticated, they require at least 10 amino acids to be in their diets in order to stay healthy.  These amino acids are going to be:

When it comes to chicken eggshells, they are packed with 8 of the above listed amino acids.  This means that eggshells are an almost perfect source of amino acids, that being 80% of their entire requirement.  The amino acid that is most prevalent in eggshells is Arginine, which is then followed by Lysine and Leucine.

This is important as Leucine is an essential amino acid in non-human diets.  What this means, is that your dog is not able to create their own Leucine and need to consume it in order to have it in their bodies.  And you guessed it, meats and eggshells are a great source of it.

Adding eggshells to your dog’s diet is a simple way for you to improve their immune system.  Nobody wants to see any of their family members sick or feeling under the weather.  Eggshells contain both magnesium and Vitamin E.  Both of these are great boosters of your dog’s immune system.  These are definitely considered to be potential benefits of feeding your dog eggshells.

Feeding Your Dog an Entire Egg

To properly feed your dog an entire egg, it is best to do so by hard boiling it.  Just keep in mind that you do not want to overcook the egg, meaning that you will only need to boil it between 3 and 5 minutes.  This is very important as if you do overcook it, you can actually destroy the nutrients that it contains.  If this did happen, it would pretty much defeat the purpose of feeding them the egg in the first place.

If you have decided that you are going to try to only feed your dog eggshells, that is a perfectly fine option.  To do so, start by separating the eggs you use, making sure that you save the shells.  If you are using organic eggs, the shells are ready to eat. If they are not organic, you will need to make sure that you boil them.  This is because most commercial eggshells are going to have some sort of bacteria or other pathogens on them.

When you boil the eggshells, you will be making sure that you kill any type of illness-causing bacteria.  While simply boiling the shell of one egg may seem a little excessive, you can always save up the shells of multiple eggs and do them all at once if you would like.

After the shells have been boiled, they will be safe for your dog to eat.  You can now use them in your dog’s meals or keep them reserved as a special treat.  Try mixing the eggshells with their regular food, as well as using them as a snack to see which one your dog enjoys more.  Once you have figured that out, you are now able to give your dog eggshells and have them benefit from all of the nutrients that they contain.