Are Cheez Its Bad for Dogs & Puppies to Have?

Dogs would eat virtually anything that you throw at them as long as it tastes good. Unfortunately, this means a lot of dogs are made to gobble down on unhealthy food and snacks. While we are getting continuously conscious about avoiding junk food, we don’t apply the same standards when it comes to our pets. As a dog owner, it is your responsibility to ensure that your dog gets only healthy food and treats. However, it is not always possible to know which food or snack is healthy and safe for your dog. If you’re wondering whether your dog can eat Cheez-it, this article is for you.

Cheez-It is a very popular snack. Just like most junk food, it looks very yummy and appealing. If your dog sees you with it, you should expect a lot of tail wagging and appeals to be given some of it. However, can dogs eat it?

Yes, dogs can eat Cheez-It! Irrespective of breeds, most dogs will gladly help themselves to a Cheez-It treat. They’ll gobble down as much as possible and may even signal for more. However, the fact that your dog loves Cheez-It doesn’t mean it is safe for it. They will not shy away from eating as much as they can when presented with the opportunity, but as a dog owner, you should avoid this as much as possible. Cheez-it may not be out rightly toxic, but it contains a lot of artificial flavors and nutrients in the proportion that aren’t exactly good for your dog.

There are an estimated 70 to 80 million dogs living in American homes. A huge percentage of the American canine population is obese owing to the type of food and snacks they are fed with. Millions of dogs fall victim to several other health challenges owing to the type of food they consume.  To save your dog from unnecessary health problems, avoiding unhealthy snacks like “Cheez-It” is very important. As a rule of thumb, if it’s junk food, then it’s not good for your dog.

If you must feed your dog with Cheez-It, it should be in moderation and in very small amounts. However, it safer to avoid it altogether if possible. Cheez-It contains salt in amounts that aren’t safe for dogs. Dogs are very sensitive to salt. If they take too much of it, they could be forced to deal with sodium poisoning. Sodium poisoning could manifest in several ways, including diarrhea and frequent vomiting.

However, that’s not all. Cheez-It is also high in calories. While calories aren’t bad, too much of it represents a potential problem. As a dog owner, you should be conscious of the number of calories that your dog takes in. Cheez-it has lots of it. If your dog eats a lot of Cheez-It, it means it is already taking in too many calories, even more than its body needs. Too many calories in dogs represent a significantly higher risk of weight-related health problems. Diabetes and heart disease are among the health problems that your dog may likely become a victim of if it consumes too much of Cheez-It. Much of the calories from Cheez-It have no actual nutritional value. Consequently, when your dog consumes these calories without nutritional value, they become a source of unhealthy weight gain.

Apart from unhealthy weight gain, just like humans, dogs are also allergic to some food. Cheez-It contains many ingredients; if your dog is allergic to any of them, you may have an emergency on your hands.

Cheez-It also contains Soy Lecithin. While soy isn’t entirely a bad thing, the type and proportion of soy contained in Cheez-It could be problematic for dogs, especially when eaten consistently. Around 90% of soy in the U.S soy market are genetically modified. Soy on its own also contains large amounts of antinutrients and natural toxins. This can cause serious gastric distress and reduced protein digestion in dogs. It can also lead to a serious deficiency in the amino acid intake. Several pieces of research have also identified pesticides as one of the toxins that are frequently contained in soy. A combination of all these factors further compounds the problems that Cheez-It can cause to your dog.

What to Do If Your Dog Ate Cheez-It

The fact that you don’t feed your dog with Cheez-It doesn’t mean it cannot eat it from somewhere else. If you find your dog eating Cheez-It, you should immediately stop it from doing so. If you suspect that your dog has eaten the Cheez-It you kept around, then you should take action. While a bit of Cheez-It will not cause any instantaneous side effects, in the rare case that it does, then you should contact your vet immediately. 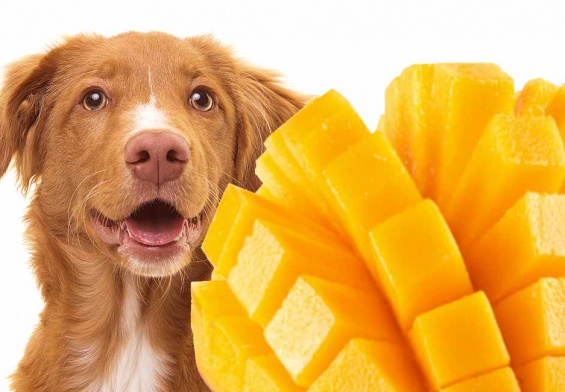